3 Referral Marketing Lessons to be Learned from a Zombie Apocalypse

Zombies will roam the streets on Halloween—mindless creatures covered in blood soaked rags, staggering around in an endless search for…candy?

It might come as a surprise that Halloween zombies are just kids in costumes. A true zombie apocalypse could never happen…right? Well not to scare you, but leading scientists have concluded that a zombie apocalypse is not only possible, but also inevitable.

But don’t batten down the hatches just yet. In these pre-apocalypse times, we can use a virus-induced zombie outbreak to get insight into common traits of referral marketing programs. Make sense? Here are 3 components of effective referral programs to be learned from a zombie apocalypse: 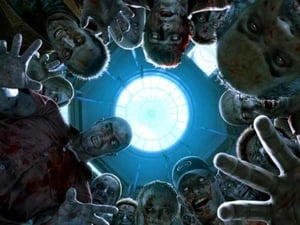 Looping in one brand ambassador doesn’t just mean one new customer. The effect is compounding due to the endless reach of social media. With an effective referral program you can easily generate hundreds of referrals from just one ambassador.

Like a transferable zombie virus, referral marketing is also inherently “viral.” Once the ball gets rolling it’s very hard to stop. But hopefully you’ll be generating revenue and not world ending zombies.

Having a strong, integrated infrastructure today may seem like a plus—but when the zombies begin attack, a giant highway interconnecting every major city won’t double as good containment of the virus.

Luckily, having such an interconnected online world is one of the key factors of why social media referrals are so effective. With just one click, you can share a message with hundreds, if not thousands, of people.

In the same way that roads facilitate the spread of a zombie virus, online networks make it easy to spread your message and brand.

3. Use of Common Human Motivations

Zombies tend to have one thing on their mind: braiiinnnsss. It’s a simple, basic motivation to eat and survive. While a referral program typically doesn’t involve brains—it hopefully taps into human motivations. (Feel free to reference our previous post about potent psychological traits that get referrals.) We all have underlying tendencies that compel us to share and promote the brands we love…just like a zombie has an underlying tendency to stumble around and eat.

The truth remains: until we actually see an outbreak, the only thing on a marketer’s mind is: referrraaalllsss.

What are you doing to prepare for the inevitable zombie apocalypse?

Our referral software dashboard makes it easy for anybody to launch a referral marketing campaign. Watch our tutorial to find out how today.

What does the Bacon number have to do with social media referrals and referral marketing? More than you might think, we break it down for you. Take a...

The ROI of Referral Marketing Revealed