The Hunger Games has dramatically changed the way we... conduct online marketing?! Find out how.

It’s hard to be an Internet marketer nowadays; everyone wants to know what you’re selling, but no one wants to be told what to buy. As a consumer, it is much easier to respect the opinion of friends than trust the reviews of the business itself; and so went the thought process of the promotional campaign behind the film, The Hunger Games. 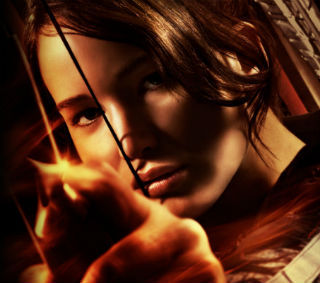 By now you must be thinking, “I’m trying to run a business, not bring my kids to the movies,” but by taking a closer look at the film’s campaign you get the sense that the power of leveraging the social web and strategic brand-ambassador programming has reshaped the game of online marketing in profound ways.

The campaign’s main component had been a planned digital effort built for and by young people involving Facebook, Twitter, YouTube and other new media tools heavily utilized by the film’s target audience. For example, in addition to using traditional channels such as TV spots and billboards, the marketing team behind The Hunger Games created a poster cut into 100 puzzle pieces. They then gave digital versions of the pieces to 100 websites who posted them on Twitter where fans could search for them in what became a new-age digital scavenger hunt.

Herein lays the genius of The Hunger Games’ marketing strategy: in this example, rather than simply handing out posters, the studio team created an online community of fans (who had never met in person) to seek out the puzzle pieces and share them amongst each other. Essentially, the marketing staff was able to generate interest and activity across a broad spectrum of supporters, friends of supporters, ad infinitum; they created a system where fans were the key sales driver in ticket sales, not studio executives. In effect, they built a network of brand ambassadors to sell the film for them.

No doubt the film already had a passionate fan base; the book recently outsold the entire Harry Potter series. But for the average business the question still remains: how can we find and engage passionate supporters in a way that leverages the power of networks to create referrals? Put differently, how does a company tap into the enthusiasm of a fan base to help spread the word of your business without lifting a finger off the keyboard?

Through a deliberate, creative and strategic campaign, a marketing staff of 21 employees (paltry in comparison to traditional Hollywood marketing staffs) was able to create one of the most successful marketing campaigns and dedicated brand ambassador communities to date. Yes, the world of Internet marketing is a difficult land to traverse, but with creative, passionate and ambitious individuals at the helm it has the potential to reshape online word of mouth marketing campaigns forever; may the odds be forever in your favor.

An unlikely authority on referral marketing, here are 3 ways Henry David Thoreau can help you understand the fans ripe for becoming your brand...

You know word-of-mouth referrals are important (or else you wouldn't be here), but how can you get more? We examine a simple action item you can take

3 Dog-Training Tips That Can Help a Referral Program

What do puppies and ROI have in common? Come find out! Here are 3 simple dog-training tips that will help create a successful referral program.